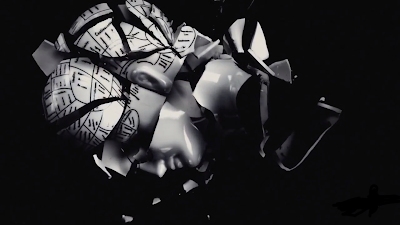 When this was first published, no one, not even the doctors or the hospitals knew that my illness was Covid 19. It was only after it was discovered I had the antibodies, did it become clear.
I'm only here to do one thing. To tell you a story. A cautionary  tale if you will. An important one.

There are things that happen to us, that we cannot fathom. Things that come from so far afield, it's impossible to predict or even understand it....even in the midst of it happening. I'm not here to solicit sympathy. I'm here to warn you just how fast your whole world can fall apart. And what makes it so, so bad.....

You don't have a clue that it's happening to you.

Go get something to drink and settle in. I think this is something everyone should be aware of. In doing so, you just might live through it.

My kid sister was having a rough time. When her husband died months back, it threw her into deep depression, and with his income no longer part of her support system, things went south quickly. As if fate hadn't slapped her hard enough, she developed a sever infection in her chest and had to have surgery to remove a lot of old scar tissue and address the infection at hand.

In that her living situation wasn't conducive to the healing process, Diane told me to go get her from Dallas when she was released and bring her home, so she'd have a stable place to heal and get on her feet. 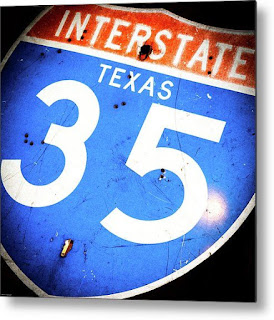 I made the drive to Dallas and picked her up, and we settled into a motel Anita had reserved. We had
not seen each other in 16 years so it was an emotional time for both of us. One thing was starkly clear...she wasn't well. We spent the evening eating whatever dining fare was closest to us and sharing the past 16 years with each other. Tears and laughter in equal measure, but we had an early morning. She was due at the surgery center at 7 AM.

The sun hadn't made the horizon when I walked her through the surgery center doors. She checked in and I was advised as to what would happen and what to expect. "A simple procedure" the surgeon promised. Three hours in and out and she could go home.

Five hours into that three hour surgery, the surgeon appeared and mumbled something about complications and massive scar tissue, but she would pull through but would not be released that day as promised. She would need a few days in ICU to combat the infection and insure proper healing from surgery.

Well, Murphy decided to invoke his law. The plan was to drive to Dallas/Fort Worth, see her through her surgery and then we'd head back to Taylor so she could rest. I had neither the time or budget for an extended stay so far away from home. Diane isn't able to care for herself in many ways so my absence was going to be difficult. When I called her, she told me to stay as long as needed and she had neighbors taking care of her needs. That's the kind of community in which we live.

That was all fine and good, but I didn't have the money to spend another night in Dallas. It was decided that I would go home and come back in two days, when Anita was to be released.

It was about then that I noticed that I felt about half a bubble off of plumb. Things were getting foggy around the edges and I would stumble every now and then. I made it home and made sure Diane was ok and was getting ready for bed when I got a text from Anita, saying she would be released tomorrow or the next day, so I got a good night's sleep and headed back north the next day. 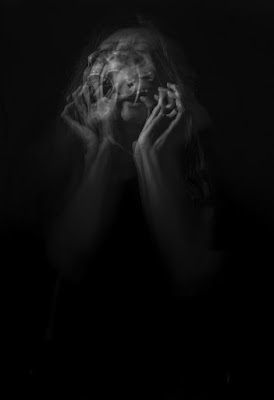 About Waco, I had to pull over. my head was swimming and I had been sweating profusely since Temple. I got something to drink and ate a hot dog, thinking that would settle things, and it seemed to. At least a bit. I got to the hospital about 1pm and checked in with my sister and was caught up on her medical condition and prognosis. She was to be released the next day.

The next day? That wasn't going to work. I had neither the means or the time to stay another evening. I mentioned it on Facebook and immediately got a message from a good friend. He had a pile of mileage points and he could use them to put me up for the evening. He's reading this right now, so I want him to know that I don't know what I would have done without his help. I had already spent enough time in the hospital and didn't exactly jump at the idea of spending the night on a cramped couch in my sister's room.

The Fort Worth Downtown Sheraton was an absolute palace, compared to my Super 8 motel budget; but it wasn't a good night. I sweat through my sheets and took a number of cool showers to make it stop. Somewhere around 4am I gave up, turned on the TV and checked out at 7. My sister was due for release somewhere around 11am.

Now this is where I'd like you to pay attention. This is when my life turned into a funhouse mirror maze without end.

I arrived at the hospital physically exhausted. Between Metroplex traffic and my not feeling well, I didn't have the legs under me to go up to her room so I texted her and told her to have the nurse bring her down to where I was parked.

That's when it happened.

I lost complete connection with reality.

In less than the next minute, I got it in my head that I needed to drive the 30 miles to my Niece's house and pick up my sister. Yeah, I was in the hospital parking lot, yet my mind told me I was wrong and I had to drive to a neighboring town to pick up Anita. I remember setting the maps app for the route to her house, backing out of the parking spot and leaving the hospital.

Then I was in a ditch. Out in the middle of Nowhere.

I don't know where I was or how I got there, but there I was. I couldn't figure out how to put my car into gear and drive out. After an indeterminable time, I did get it into gear and I was able to get back onto the highway.

Then I was in a large trucker's rest stop. It was 4pm and hot and I needed water. I did what came natural....I pulled my little HHR beside the hulking 18 wheelers and got out, headed for the large comfort building 100 yards away. I remember thinking that if I could at least make it to one of the long shadows being cast by a wall, I could kneel there and rest, then make it the rest of the way to the building.

Now, in retrospect, I could have easily drove to the building and walked 25 feet to the door, but that never occurred to me.

Then there was a group of people gathered around me. Why were they so tall? Why were they all looking at me? I had collapsed on the pavement and a people came running to lend aid. It felt like I had a wad of cotton in my mouth and no matter how hard I tried, I couldn't get any thing intelligible to come out of my mouth. these folks got me on my feet and one of them handed me a bottle of water. They got me to the the comfort station and I insisted I was OK, and that I had just overheated.

Then road signs. Hwy 77? Where was that? Miles and more miles then Something. Dell Diamond Exit 253. I didn't know exit 253 but somewhere in the fog, Dell Diamond made sense.

It was Something amid the Nothing.

Wrong turns, U turns, overwhelming nausea that only teased at an outcome...somehow, some way, after 9 hours I made it home. I can't even remember how.

Diane heard my car in the driveway and as fast as she could, came out to the car. I had the door open with one leg out and she was hysterical. I was 7 hours late and she had called the Department of Public Safety to see if there had been an accident.

I forced my way out of my cocoon and took a knee to get my head to stop spinning. All I wanted to do was sleep and Diane insisted on calling EMS. She eventually just did it.

Trouble setting IV lines, IV antibiotics then I was put on "the Shoestring" 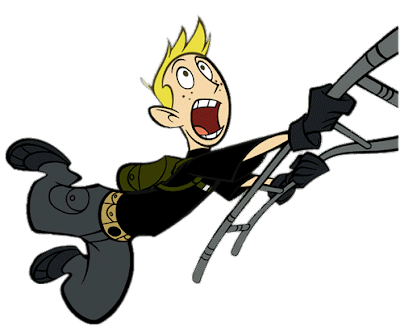 way area to make room for patients with a better survival percentage. Dr's have done all they can and it's now just a matter of time to see if the patient was treated quickly enough to stop their organs from shutting down. Later, I was able to get my ICU nurse to explain "the Shoestring".

Imagine you in miniature, sliding down your own body, grasping for a hand hold, anything to keep from sliding all the way down. "The Shoestring" is the last place you can grasp before either holding on or being flung into the ether.

I dunno, in retrospect I find it amusing, visually that is. but with a fever of 103.9, whose to say what's funny or not.

I don't remember much from the first 3 days. Doctors and nurses in and out. Being awakened for breathing treatments, various medications, vital signs...

It was on the 4th day the haze lifted and I became aware of my surroundings and circumstance. I had suffered severe septic shock, brought on by streptococcus pnumoniae. And as an aside...? if you are going to get pneumonia, leave the streptococcus out of it. Trust me.

So, 11 days in the hospital. While I'm better, I'm still as weak as a spring breeze. How do I feel? Washed out mostly. Going to the store was a major feat and probably one that I shouldn't have attempted so soon, but in all, after all of that, I am on my feet.

My Doctors say that I probably was infected while at the hospital with my sister, but that's only an educated guess. Everyone carries the streptococcus bacteria within them. Most of us can dispense with it without incident, but every now and then....you cannot.

If you are over 50, suck it up cupcake and go get the immunization. Don't be such a baby and do it.

My recovery will take a couple of months but that's because my infection was so intense. I think about all the really bad things that could have happened while I was all but walking/driving unconscious. For me it turned out relatively OK.

I can only hope it does the same for you.

Open Your Ears - A First-Time Buyer's Guide to Headphones 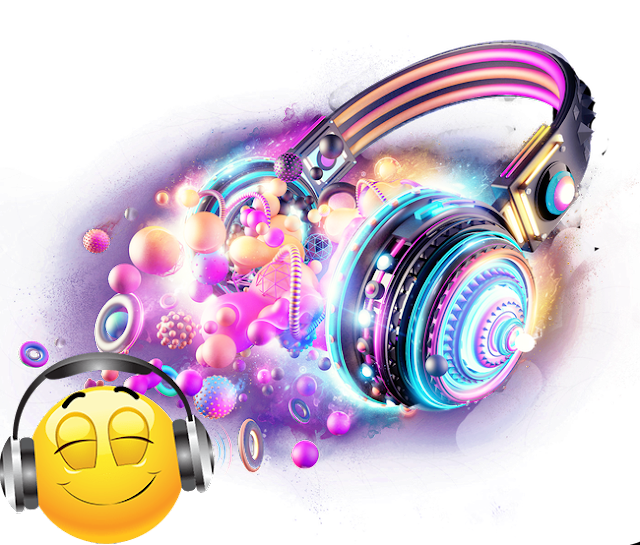